First, I would like to wish all my loyal readers a very Happy Happy Holidays!

I am in the midst of holiday preparations here at home, but I would like to take a moment to honor one of my loyalist of pals, my pooch Molly Marie, who has been with me for fifteen years.

Molly came to live with me in 1999, at one and a half (although, my husband and I were suspicious that she might have been older).  When visiting our local vet to care for my husband's old and ailing cat, we saw a flier on the vet wall advertising a "German Shepherd Mix" in need of a good home, and seen as how we had just purchased our first house, and I am a sucker for all things furry, I begged Hubby to allow me "just a look" at the homeless dog.

From the moment they brought her out I was a lost cause.  Molly, who was called Mama by the vet staff due to the fact that she had just given birth to puppies, had the biggest and brightest brown eyes I had seen on a dog, and she pranced out and came straight to me, ignoring all the other dogs as they walked behind me, and stuck her nose right at mine.

Molly was found alone and abandoned on the streets of Los Angeles, a Mama Dog with no puppies.  The vet staff suspected that someone had taken her puppies and let her loose, and some nice lady had scooped her up, but since she had had no place to keep her, brought her to the vet's office in hopes someone would adopt her.

I wanted to take her home immediately, but the vet staff had to get permission from the "adoptive mom," so we went home without her and waited to hear.  A few hours later, after the vet staff had gotten permission, we went back and brought Mama (who we renamed Molly because I couldn't imagine standing at the back porch and calling, "Mama!") home, and she has proven to be a gift to my entire family.

The first day Molly was with us was a Saturday, and she rewarded our generosity by eating a plate of ground turkey that was defrosting on the kitchen counter for dinner.  After being scolded, Molly slunk off and has not misbehaved once since.

She's been a constant companion to my two daughters, even allowing them to crawl all over her and pull her hair and ears when they were babies, and she never complained an ounce.
She's never bitten a soul.
She's never jumped up or licked a single solitary human being.

In her youth she would bark when the doorbell rang, and often volunteered her dog food to another stray we adopted several years later, Mocha, may Mocha rest in peace.

Molly endured a move to two more houses, the loss of two cats, the addition of another (from our local shelter), and the loss of Mocha (who I believe was truly her best friend), and then the addition of Bella Lugosi, our latest stray doggy family addition, who is rambunctious and hardly gives Molly any peace.

Molly, now fifteen-ish, has severe arthritis in her back hips, a skin infection that will never heal that results in patches of fur and skin falling off at odd places and times, a slew of hot spots and medications, surgery on her butt to remove a tumor, several teeth extractions and cleanings, car rides (which she hates), kids, and grumpy cats who always seemed to push her around, a temporary puppy friend who used to bite her lips until they bled, and an owner (me) who never seems to get her nails clipped often enough.

She has never complained once, and spends her days sleeping beside the kitchen island because her food is stored inside that island in an old popcorn tin.  She doesn't remember to ask to go outside when she needs to go potty.  And her sensitive stomach often leaves her nauseous.

Molly will go to be with the Lord this Friday at noon.
I find myself riddled with extreme guilt for having not cared for her better in her years with my family, as she's always been a great dog and a great friend to my children, but I can no longer allow her suffering to continue.  My last gift to her is freedom from pain.  I wish it felt sufficient.

I urge all my readers to seriously consider adopting pets from shelters, they are truly the most appreciative and loving creatures, and are worth every ounce of trouble.

Farewell to Molly.  As I've always said, "If she were hairless, she'd be the world's most perfect dog." 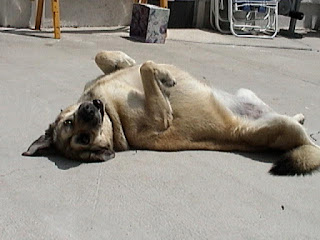 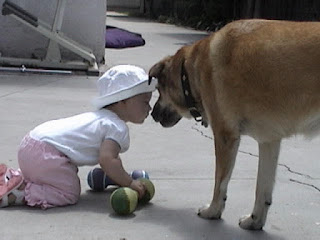 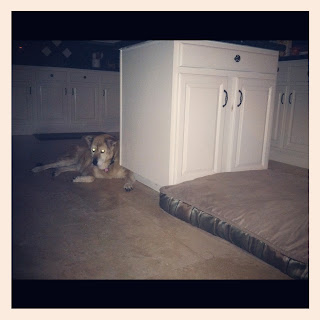 Posted by Anne Tibbets at 9:47 AM No comments: